Hydroponics: The Science and Sustainability Behind Soilless Growing

How advances in soilless growing have changed the way we grow our food and clean our air...

An up and coming trend in gardening is a technique known as hydroponics. Whether you’ve spoken about this trend at length with friends or it only vaguely rings a bell, you’ve probably seen the label “grown hydroponically” on some of your supermarket veggies. The use of hydroponics is growing -- pun intended -- at an incredible rate. But why has this technology captured the attention of so many across the world? Continue below to learn more about the science of hydroponics and the many reasons why growers are leaving behind old fashioned soil-growing in favour of soilless growing methods.

How Does Soilless Growing Work?

The relationship between plants and soil seems almost elemental, making soilless growing seem counterintuitive, but there are some very compelling reasons why hydroponic systems make sense in certain situations. First, though, let's look at how hydroponics work? There are different methods, but the principle is the same. Plants are directly fed with water that has the necessary nutrients added to it. Plants may be grown in special containers that allow their roots to reach the water or in a non-soil growing medium (such as mineral wool) that can be saturated. This process might sound similar to aquaponics, and it is. Aquaponics is similar to hydroponics, but the water used for the plants is also used to raise fish. In aquaponics, fish add nutrients to the water for the plants, and the plants filter the water to keep it clean and healthy for the fish.

Benefits of Hydroponics vs. In-Ground Growing

Most traditionally planted vegetables -- in soil, outdoors -- require a lot of space to prevent their roots from fighting for nutrients. For example, garden tomatoes have to be spaced several feet apart, depending on the variety. Each plant needs access to a certain amount of soil to ensure that its water and nutrient needs are met. With hydroponics, water and nutrient inputs are controlled, allowing more plants to be grown closer together. One country that really capitalizes on this advantage is the Netherlands. It’s one of the smallest, yet most densely populated, countries in Europe, but it grows and exports tons of vegetables, using hydroponic methods in artificially lit greenhouses. Another way hydroponic gardening can save space is by allowing containers to be stacked, taking advantage of vertical space, and leaving table and floor space free. 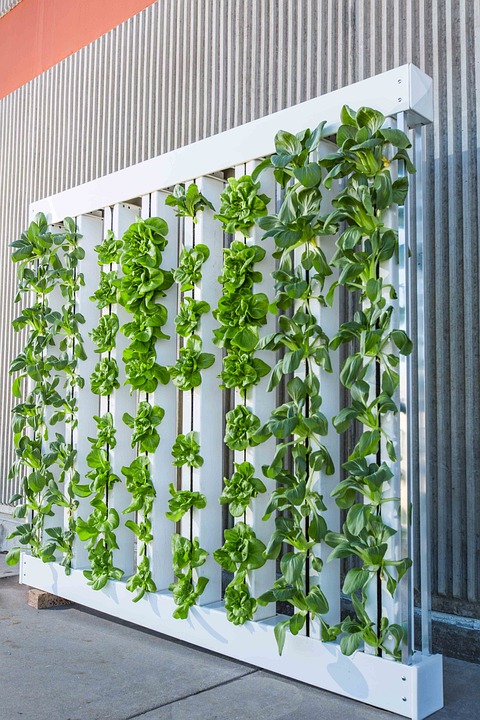 Because water is directly delivered to the roots of the plants and recirculated, hydroponic systems use far less water than traditional growing methods (some systems claim as much as 95 percent less). According to the article “Hydroponics: A Better Way to Grow Food” by the National Park Service, hydroponic systems use “as much as 10 times less water than traditional field crop watering methods because the water in a hydroponic system is captured and reused, rather than allowed to run off and drain to the environment.” According to the NPS, hydroponically-raised plants also need less water in some cases because the water they are grown in can be controlled, from its pH level to the specific “nutrient content of the water.” 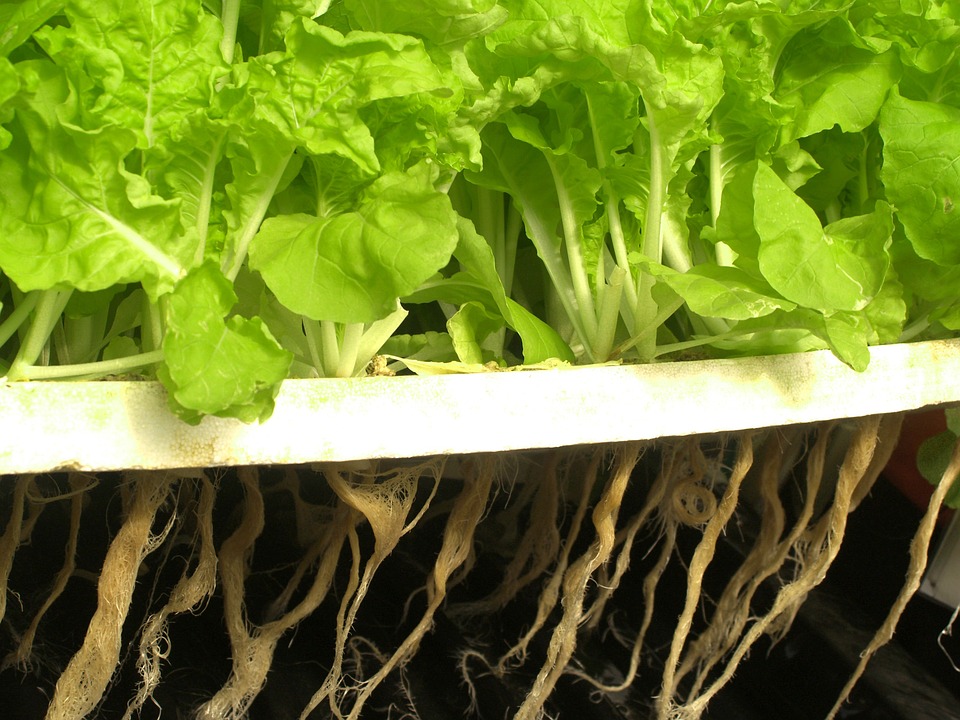 Hydroponics Are Not Weather-Dependent

Traditional gardening is very much dependent on the weather. Heat, cold, drought, and rain at the wrong times can all reduce or even wipe out an entire season’s crop. Plants grown indoors, hydroponically aren’t subject to weather extremes. In a changing climate, this feature of hydroponics is going to become more and more important. In their article  “Hydroponics: A Better Way to Grow Food,” the NPS explains that because hydroponic plants can be grown indoors anywhere in the world, their growers can always offer locally-grown produce, pretty much all-year-round. Additionally, the NPS explains that “Hydroponic plants produce a greater yield of fruits and vegetables…[because] many of the elements that can enhance plant growth — such as the pH level of the water, nutrient content of the water, amount and type of light, etc. — can be better controlled.”

Plants grown outdoors are often routinely doused with pesticides, some of them preemptively, even before the bugs become a problem. Many insects complete part of their life cycles in soil, making them attracted to plants and their surroundings. While pests are always a concern for plant health and safety, they are much less common in greenhouses, laboratories, research facilities, warehouses, and homes than they are outside. Pests that do find their way into a greenhouse are much more easily controlled using organic methods, limiting the need for harmful chemicals.

Because of the control growers have over the hydroponic environment, the yield per acre of crops grown hydroponically is higher—sometimes, exponentially higher--than conventional growing. Since the plants grow more quickly, more crops can be produced in a shorter amount of time. Another factor noted in the NPS article is the fact that “hydroponic plants...are more densely spaced together compared to the size of land that would be needed to grow the same number of plants.” 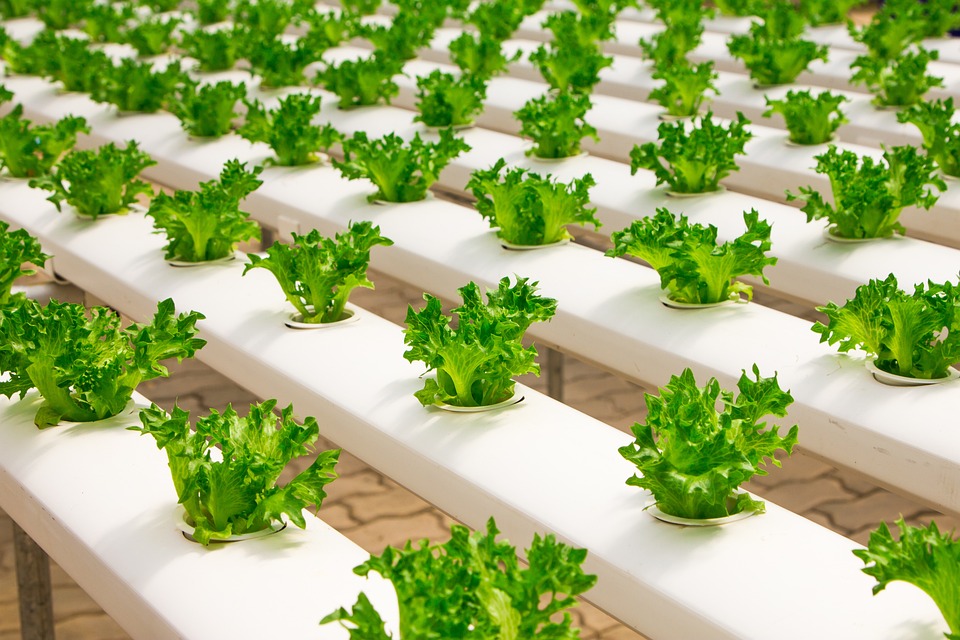 People love to garden outdoors in the dirt for many reasons -- the fresh air, the sweet smells, and the sunlight on your back, just to name a few. But there’s no denying the amazing possibilities behind the science of hydroponic gardening. The benefits of hydroponics go beyond fresh, locally grown veggies -- although locally grown organic produce is a good enough reason to try hydroponics on its own! Hydroponics offers exciting opportunities for large-scale agriculture, mass-production of medicinal herbs, and easy-to-care-for living walls.

With the growing popularity of hydroponics and the growing accessibility of smart technology, we saw a unique opportunity to bring a whole new benefit to the air inside your home. Instead of producing food, Respira’s groundbreaking living wall system puts the air-purifying and aesthetic powers of plants in your hands. Even better, Respira’s automated system keeps track of the needs of the plants, ensuring they stay healthy and you stay worry-free. A fan moves air through the roots of the plants, where it is purified by their microbiome.